If some one with a gun, pulling you over without probable cause... 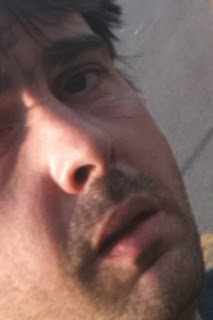 If some one with a gun, pulling you over without probable cause or reasonable suspicion that you have committed any crime involving a victim or damaged party, to conduct a shakedown, anal probe, or a warrentless search, to fish around for a civil infraction he can write you for, but couldnt pull you over for in the first place, insists you sign something, you can always claim duress and coercion, and fear that you where dealing with a dangerous criminal when you signed, while you were falsely arrested at the side of the road, with him lying to you claiming you werent under arrest. I have, and it works. case dismissed just a year ago in Galveston, speeding, no insurance, and expired registration, less than a three page response, and no real citations or arguments. I didn't get into Persons or legal status, and barely mentioned that I was traveling and not driving. I merely stated I was suspicious of this lawless fruitcake for the reason that he pulled me without lawful justification in the first place and the signature is withdrawn. No contract. Simple. And I had forgotten about this ticket for nearly five years before I filed anything.

If the Judge wants to play with you, You disqualify him, orally in open court or by motion : Motion for disqualification - The respondent reserves the right to face his accuser, the fictional party state that can suffer no injury or damage, and demands a fair impartial Judge not employed by opposing counsels fictional party state. For the reason that the Judge is employed by the respondent or defendants opposition, and cannot preside over the action fairly and impartially, because he is employed by a party to the action, the state, the respondent moves for disqualification of the same. Its right there, logically, in front of your face

Its just sickening to me how every one has been so dumbed down. Every ticket is a scam, and people pay them. WTF?
9 times out of ten, you are pulled, so the cop can search for cause and justification to pull you. Its that simple. Cart before the horse, no due process.
and if he finds a civil infraction, its still not just cause to have pulled you, unless its criminal, involving a victim. The whole racquet is just that, from start to finish.
and people walk in, and plead NOT GUILTY, a negative that cant be proven, and proceed to argue issues they have just waived by pleading. You must refuse to plead a negative that cant be proven, and conditionally offer to plead guilty, upon fair and proper notice of the law your accused of violating, clarification of definitions and terms in that law, including nature and cause and how... this law has provided you proper notice that it applies to you, a natural person, and not a cooperate or franchise person, agent officer or representative of government. simple
'"...the tenderness of the law for the rights of individuals' entitles each person, regardless of economic or social status, to an unequivocal warning from the legislature as to whether he is within the class of persons subject to vicarious liability. Congress cannot be deemed to have intended to punish anyone who is not 'plainly and unmistakably' within the confines of the statute." (United States v. Lacher, 134 U.S. 624, 628, 10; S.Ct. 625, 626, 33 L.Ed. 1080; United States v. Gradwell, 243 U.S. 476,485, 37 S.Ct. 407, 61 L.Ed. 857. FN1 United States v. Wiltberger, 5 Wheat. 76, 95, 5 L.Ed. 37)).

“A state may impose an excise upon the franchise of corporations engaging in a business which every private Citizen has a right to engage in freely. The privilege taxed is the right to engage in such business with the special advantages which are incident to corporate existence." California Bank v. San Francisco, 142 Cal. 276, 75 Pac. 832, 100 A.S.R. 130, 64 L.R.A. 918. "A State may not impose a charge for the enjoyment of a Right granted by the federal Constitution... Thus, it may not extract a license tax for the privilege of carrying on interstate commerce." (Murdock v Pennsylvania, 319 U.S. 105, 113 (1942); Miranda v. Arizona, 384 U.S. 436, 491 (1966)).
All statutes, codes, rules and regulations are legislated, and written, giving fair notice to CORPERATE PERSONS and creatures of statute created by government, and give no fair notice that they apply to natural persons not created by governement.
" A person may this, or that... a person may not, this or that... any person who, does this or that..."

Foot Note :
THAT The Supreme Court has warned, "Because of what appear to be Lawful commands [Statutory obligations, Rules, Regulations, and Restrictions] on the surface, many citizens, because of their respect for what appears to be law, are cunningly coerced into waiving their rights, due to ignorance... [ exploited by the deceptive practices, barratry, legal plunder, and malicious prosecution in inferior administrative State courts]." (United States v. Minker, 350 U.S. 179, 187, 76 S.Ct. 281, 100 L.Ed. 185 (1956);
THAT (a) A 'Statute' is not a "Law," (Flournoy v. First Nat. Bank of Shreveport, 197 La. 1067, 3 So.2d 244, 248), (b) nor is 'Code' "Law" (In Re Self v Rhay, 61 Wn 2d 261), in point of fact in Law, (c) a concurrent or 'joint resolution' of legislature is not "Law," (Koenig v. Flynn, 258 N.Y. 292, 179 N.E. 705, 707; Ward v. State, 176 Okl. 368, 56 P.2d 136, 137; State ex rel. Todd v. Yelle, 7 Wash.2d 443, 110 P.2d 162, 165), as "All codes, rules, and regulations are for government authorities only, not human/Creators in accordance with God's laws. All codes, rules, and regulations are unconstitutional and lacking due process…" (Rodriques v. Ray Donavan, U.S. Department of Labor, 769 F. 2d 1344, 1348 (1985)); ... lacking Due process, in that they they are void for ambiguity in their failure to specify the statutes' applicability to 'natural persons,' otherwise depriving the same of fair notice, as their construction by definition of terms aptly identifies the applicability of such statutes to "artificial or fictional corperate entities or persons," creatures of statute, or those by contract employed as agents or representatives, departmental subdivisions, offices, officers, and property of government, but not the 'Natural Person,' or American citizen Immune from such jurisdiction of legalism. “The common law is the real law, the Supreme Law of the land, the code, rules, regulations, policy and statutes are “not the law.” (Self v. Rhay, 61 Wn 2d 261), they are the law of government for internal regulation, not the law of man, in his seperate but equal station and natural state, a sovereign foreign with respect to government generally.

Ive had my coffee and a cigarette. Im done bitching