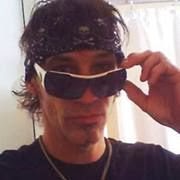 They wagged the dog, bought the time and did an end around. Martial law has "already" been established & they did it partly with D.O.D. take over and local police reeducation, equipping, govt grants/monies/ to the states, and policy reform of your LOCAL police & Sheriff departments.

Look at MOST ALL commissioner/administrative/chartered govts in small cities and the ordinances tell you ALL of the things you do not own, you can not do and you must obey ...OR ELSE.
Even what is "called" public land, isn't.

The police & Sheriffs, are now imbued with money and power. Think they see THEMSELVES as the bad guys? Think again second class citizen. The billions spent form the Feds to the states has been to UP the "war on drugs" * that they oversee) and to UP the war on terror ( That they made up)

This means THOSE ( Police & Sheriffs) who BUY into this MINDSET, BELIEVE that YOU and I are the bad guys. ( Or could be)

Police & Sheriffs are now pre crime units (as if that is even Constitutional at all) for the Federal ( Foreign corporation) mandated war against American citizens, declared by the previous administrations own words, false beliefs propagated based on the false pretext of the 9-11 lie and "war on terror" which does-not-exist. ( Could you show me terror please? Didn't think so)

Just like the war on drugs. (While they create big pharma to sell you what exactly? Oh that is right DRUGS and not even natural ones-those are outlawed -get a clue as to WHO the drug dealers are and WHO is protecting them)

The main players in the war, greed, money, takeover, drug racket AND the terror racket are the very people in power.
Wake up America..WHY do you think they are calling YOU a terrorist in your own land?
Progressive, socialism, communism, democracy, oligarchy,now a dictatorship via corporation-al controlled hierarchy.

Those in power are traitors, turncoats and loyal to their bankers, the crown and the church. The triple alliance of all lies, deception, deaths and theft for the last 2000+ years.

The communist party SAID they would take over America SLOWLY with reeducation, the bankers said they would do it with/by money and the previous King's & Pope's (who presumed ownership of the colonies * world mind you), by politics, persuasion & force,.. and they did.

The slow propaganda of changing the beliefs, values, truth of history, law and societal beliefs, has brought us to an ACCEPTED mindset that what is going on RIGHT NOW, is somehow normal.

When TSA comes over the loudspeaker and says that joking about TSA or saying things that are controversial will get you arrested, we have entered and are NOW IN, A POLICE STATE. No need to wait...

The real problem now is changing the minds of your fellow Americans to stop taking the juice, believing the lies, propaganda and/or accepting the money/power/policies and returning us to a Republic with a rule of law based not on fear, but that everyone is INNOCENT until proven guilty, not guilty and suspects in their own land, on the streets and in America.

Much less the world, who I am sure would rather not endure any more of the terror sent to their lands in the way of bombs, drones strikes and armies toppling dictators, for Guns, Oil and Drugs. (God)

Time for the mental illness, killing, fear based govt or religious ideologies & madness to stop.
imho