Motion in the COURT

This is a point I've heard my friend Ray make on several occasions. When I hear someone talking about making a motion in court, I always shake my head. After reading this, you will too. Article taken from Facebook. I'll be bookmarking this post at the bottom of the page for easy reference. 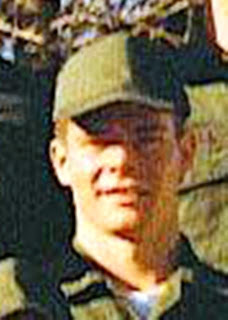 Options for this story
I figured maybe, I should post this on my wall too!

I had posted this before, but didn't put my 2 cents within the text so you could get what I was saying while you read it! Everything within ((and)) is my example.

Take an Object of any kind, and set it in front of you. Now, that area in front of you is evidence. If you were to take a picture, that would be evidence too. But, if you move the Object before you take the Picture, or have the Evidence accepted, you have destroyed the evidence. Same thing goes in the COURT. All Motions are the movement or motion of the evidence, and their design is to modify that evidence to deny truth, evidence, fact, or law into the COURT. Motion in the COURT is only allowed in ADJECTIVE LAW, or (Law without Noun) (Which means Law without People, Place, or Thing). ADJECTIVE LAW is known in the COURT as PROCEDURE. If you look up Procedure in Blacks Law, 4th Edition, you will see what I mean. ((Added by me below will be in brackets))

PROCEDURAL LAW. That which prescribes method of enforcing rights or obtaining redress for their invasion; ((Only the FICTION has to have Rights Enforced, our Rights are Natural)) machinery for carrying on a suit. Barker v. St. Louis County, 340 Mo. 986, 104 S.W.2d 371, 377, 378, 379. As relating to crimes, that which provides or regulates the steps by which one who violates a criminal statute is punished. ((Is it Possible for the Living to violate a CRIMINAL STATUTE?)) State v. Elmore, 179 La. 1057, 155 So. 896. PROCEDURE. .The mode of proceeding by which a legal right is enforced, as distinguished from 1367

PROCEDURE
the law which gives or defines the right ((didn't the Constitution do that)), and which, by means of the proceeding, the court Is to administer ((oh, ADMINISTERIAL COURT)); the machinery ((Machinery not the Living!)), as distinguished from its product. Per Lush, L. J., in 7 Q. B. Div, 333. That which regulates the formal steps in an, action ((Action is the command for the beginning of a Play! Take 2, and ACTION!!!)) ((It is not the Judgement of Law)) or other judicial proceeding; a form, man- ner, and order of conducting suits or prosecutions. ((Conducting SUITS and Pro Se Cutions, not Common Law))Mahoning Valley Ry. Co. v. Santoro, 93 Ohio St. 53, 112 N.E. 190, 191. The judicial process for enforcing rights and duties recognized by substantive ((What the hell is Substantive Law to the living?)) law and for justly administering redress for infraction of them. ((This is all Law for those in the FICTION, it is Administrative in nature, and is in direct violation of the Constitution)) Sims v. United Pacific Ins. Co., D.C.Idaho, 51 F.Supp. 433, 435. This term is commonly opposed to the sum of legal principles constituting the substance of the law ((Re-read that last sentence several times. "is commonly opposed to the sum of legal principles constituting the substance of the law" so, PROCEDURE is Opposed to Substance of Law!!)) , and denotes the body of rules, whether of practice or of pleading ((Practice and Pleading are for ATTORNEYS and SLAVES respectively)) , whereby rights are effectuated ((Why and how are Rights Effectuated)) through the successful application of the proper remedies. It is also generally distinguished from the law of evidence. ((Ding, Ding, Ding, Ding, Ding, we have a winner folks! Read that last sentence a dozen or so times! Why would you distinguish something from the law of evidence, unless you were purposely committing a fraud????)) Brown; Sackheim v. Pigueron, 215 N.Y. 62, 109 N.E. 109, 111. Cochran v. Ward, 3 Ind.App. 89, 29 N.E. 795, 31 N.E. 581, 51 Am.St.Rep. 229. Procedure is the machinery for carrying on the suit, including pleading, process, evidence, and practice, whether in the trial court or the appellate court, or in the processes by which causes are carried to appellate courts for review, or in laying the foundation for such review. ((Procedure is not for the Living)) Jones v. Erie R. Co., 106 Ohio St. 408, 140 N.E. 366, 367. It not only embraces practice ((Not Law, but Practice)) in courts, but regulation of the conduct of the court itself wherein such practice takes place. State v. Greenwald, 186 Ind. 321, 116 N.E. 296, 297. The law of procedure is what is now commonly termed by jurists "adjective law," (q. v.). ((Adjective Law has no Noun, no Truth, no Evidence, no Fact, so in Adjective Law, nothing is real, it is all a FICTION, a CARTOON, it is all in MOTION!!))
Posted by Chris/Blue Collar Moto at 12:07 AM