“Unless police officers have a warrant, they are required to act just as any normal citizen would act.” 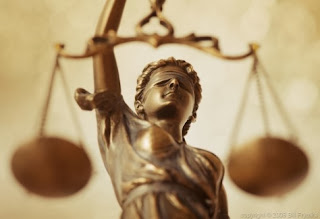 According to Black’s Legal Dictionary, probable cause is defined as; “a reasonable ground to suspect that a person has committed or is committing a crime…more than a bare suspicion but less than evidence that would justify a conviction [it] must be shown before an arrest warrant or search warrant may be issued.”
The part of that definition that is important is ‘which amounts to more than a bare suspicion,’ which basically means a police officer merely thinking you are doing something illegal is not grounds for a probable cause search.

“A police officer merely thinking you are doing something illegal is not grounds for a probable cause search.”
This understanding of probable cause has been in place, more or less, since 1964 when a man named William Beck, a suspected criminal, was stopped by police in his vehicle because he was suspected of partaking in criminal activity.
Beck was placed under arrest, the police officers searched his vehicle without consent or probable cause, and the officers found nothing in the search. Yet, the man was still taken into police custody, where police searched his person and found some clearinghouse slips (a ticket representing an interest in a scheme) under the “sock of his leg.” He was charged with violating Ohio Revised Code, §2915.111 by having a slip or ticket in his possession that represents his interest in a scheme.
He attempted to get the court to suppress the admission of the clearinghouse slips into evidence since it was obtained during an illegal search. He was arrested with only a bare suspicion and no probable cause, the police officer even testified that he had only “heard reports” from “someone” about Beck’s alleged illegal activity.
In the last paragraph of the Supreme Court Certiorari (a written document that reverses the decision of a lower court) written by Justice Potter Stewart, an Eisenhower-era Associate Supreme Court Justice and fierce advocate of the Fourth Amendment said; “We may assume the officers acted in good faith in arresting the petitioner. But ‘good faith on the part of the arresting officers is not enough.’
If subjective good faith alone were the test, the protections of the Fourth Amendment would evaporate, and the people would be “secure in their persons, houses, papers, and effects,” only in the discretion of the police.” 1964 was nearly 50 years ago and we, as a country, are still defining the Fourth Amendment and the protections and rights it affords to American citizens.