Validation Of Federal Jurisdiction. Or NOT! 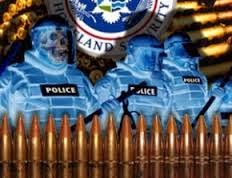 "The laws of Congress in respect to those matters do not extend
into the territorial limits of the states, but have force only in
the District of Columbia, and other places that are within the
exclusive jurisdiction of the national government," Caha v. United
States, 152 U.S., at 215. "We think a proper examination of this
subject will show that the United States never held any municipal
sovereignty, jurisdiction, or right of soil in and to the
territory, of which Alabama or any of the new States were
formed..."

"[B]ecause, the United States have no constitutional capacity to
exercise municipal jurisdiction, sovereignty, or eminent domain,
within the limits of a State or elsewhere, except in the cases in
which it is expressly granted..." "Alabama is therefore entitled
to the sovereignty and jurisdiction over all the territory within
her limits, subject to the common law," Pollard v. Hagan, 44 U.S.
221, 223, 228, 229."

“Jurisdiction can be challenged at any time.” Basso v. Utah Power & Light Co., 495 F 2nd 906 at 910.
“It is axiomatic that the prosecution must always prove territorial jurisdiction over a crime in order to sustain a conviction therefor.” U.S. v. Benson, 495 F.2d, at 481 (5th Cir., 1974).
“The law provides that once State and Federal Jurisdiction has been challenged, it must be proven.” Main v. Thiboutot, 100 S. Ct. 2502 (1980).
“Where there is absence of proof of jurisdiction, all administrative and judicial proceedings are a nullity, and confer no right, offer no protection, and afford no justification, and may be rejected upon direct collateral attack.” Thompson v Tolmie, 2 Pet. 157, 7 L. Ed. 381; and Griffith v. Frazier, 8 Cr. 9, 3 L. Ed. 471.
“The United States is entirely a creature of the Federal Constitution, its power and authority has no other source and it can only act in accordance with all the limitations imposed by the Constitution.” Reid v. Covert, 354 U.S. 1, 1 L. Ed. 2nd. 1148 (1957).
“The rights and liberties of the citizens of the United States are not protected by custom and tradition alone, they are preserved from the encroachments of government by express/enumerated provisions of the Federal Constitution.” Reid v. Covert, 354 U.S. 1, 1 L. Ed. 2nd. 1148 (1957).
“The prohibitions of the Federal Constitution are designed to apply to all branches of the national government and cannot be nullified by the executive or by the executive and the senate combined.” Reid v. Covert, 354 U.S. 1, 1 L. Ed. 2nd. 1148 (1957).
“Where rights as secured by the Constitution are involved, there can be no rule making or legislation which will abrogate them.” Miranda v. Ariz., 384 U.S. 436 at 491 (1966).
“Congress may not, by any definition it may adopt, conclude the matter, since it cannot by legislation alter the Constitution.” Eisner v. McComber, 252 U.S. 189 at 207.