The State of (you're State) is a fictitious Plaintiff! What is FICTITIOUS PLAINTIFF? 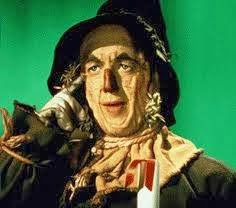 The State of (you're State) is a fictitious Plaintiff!
What is FICTITIOUS PLAINTIFF?

A person appearing as a claimant with no right to do so. -Black's Law Dictionary

Black's Law, 5th Ed. - ficticious plaintiff. - A person appearing in
the writ, complaint, or record as the plaintiff in a suit, but who in
reality does not exist, or who is ignorant of the suit and of the use
of his name in it. It is a contempt of court to sue in the name of a
fictitious party.

DEFENDANT. A party who is sued in a PERSONAL action. Vide Demandant; Par- ties to Actions; Pursuer; and Com. Dig. Abatement, F; Action upon the case upon assumpsit, E, b; Bouv. Inst. Index, h. t.

DEFENDANT IN ERROR. A party against whom a writ of error is sued out. Bouvier's Law Dictionary, 1856 Edition - Letter D

a) REAL Party in Interest.

(1) "Designation in General. An action must be prosecuted in the name of the REAL party in interest."

If a court calls out a name (which is fictitious), and the accused answers to that name, even if he says his name isn't spelled that way, he is still admitting that it is his name! The body of the accused is present, what does it matter how it's spelled now? Remember, either it is your name or it is not your name. If it's not your name, you don't answer to it. Period!

According to Public Law 93-12, all of the rules of evidence, rules of civil procedure, and rules of criminal procedure have been suspended.

An allegation that a corporation is incorporated shall be taken as
true, UNLESS denied by the AFFIDAVIT of the adverse party, his agent or attorney, whether such corporation is public or private corporation and however created.

No notarized affidavit verified complaint by the REAL part of interest - No corpus delicti - No body - No crime - No case. No contract - No case. It's a GAME being played against us...

There are "SEVEN ELEMENTS OF JURISDICTION" and each element MUST be met in order to proceed!

1. The accused must be properly identified, identified in such a fashion there is no room for mistaken identity. The individual must be singled out from all others; otherwise, anyone could be subject to arrest and trial without benefit of "wrong party" defense. Almost always, the means of identification is a person's proper name, BUT ANY MEANS OF IDENTIFICATION IS EQUALLY VALID IF SAID MEANS DIFFERENTIATES THE ACCUSED WITHOUT DOUBT. (There is no constitutionally valid requirement you must identify yourself, see 4th Amendment; also see, Brown vs. Texas, 443 US 47 and Kolender v. Lawson 461 US 352.)

2. The statute of offense must be identified by its proper or common name. A number is insufficient. Today, a citizen may stand in jeopardy of criminal sanctions for alleged violation of statutes, regulations, or even low-level bureaucratic orders (example: colorado National Monument Superintendent's Orders regarding an unleashed dog or a dog defecating on a trail). If a number were to be deemed sufficient, government could bring new and different charges at any time by alleging clerical error. For any act to be triable as an offense, it must be declared to be a crime. Charges must negate any exception forming part of the statutory definition of an offense, by affirmative non-applicability. In other words, any charge must affirmatively negate any exception found in the law.

3. The acts of alleged offense must be described in non-prejudicial language and detail so as to enable a person of average intelligence to understand nature of charge (to enable preparation of defense); the actual act or acts constituting the offense complained of. The charge must not be described by parroting the statute; not by the language of same. The naming of the acts of the offense describes a specific offense whereas the verbiage of a statute describes only a general class of offense. Facts must be stated. Conclusions cannot be considered in the determination of probable cause.

4. The accuser must be named. He/she may be an officer or a third party, but some positively identifiable person (human being) must accuse; some certain person must take responsibility for the making of the accusation, not an agency or an institution. This is the only valid means by which a citizen may begin to face his accuser. Also, the injured party (corpus delicti) must make the accusation. Hearsay evidence may not be provided. Anyone else testifying that they heard that another party was injured does not qualify as direct evidence.

5. The accusation must be made under penalty of perjury. If perjury cannot reach the accuser, there is no accusation. Otherwise, anyone may accuse another falsely without risk.


6. To comply with the five elements above, that is for the accusation to be valid, the accused must be accorded due process. Accuser must have complied with law, procedure and form in bringing the charge. This includes court-determined probable cause, summons and notice procedure. If lawful process may be abrogated in placing a citizen in jeopardy, then any means may be utilized to deprive a man of his freedom, and all dissent may be stifled by utilization of defective process.

"The essential elements of due process are notice and an opportunity to defend. “Simon v. Craft, 182 US 427.

"one is not entitled to protection unless he has reasonable cause to apprehend danger from a direct answer. The mere assertion of a privilege does not immunize him; the court must determine whether his refusal is justified, and may require that he is mistaken in his refusal. “Hoffman v. United States, 341 U.S. 479 (1951)

7. The court must be one of competent jurisdiction. To have valid process, the tribunal must be a creature of its constitution, in accord with the law of its creation, i.e., Article III judge.
Lacking any of the seven elements or portions thereof, (unless waived, intentionally or unintentionally) all designed to ensure against further prosecution (double jeopardy); it is the defendant's duty to inform the court of facts alleged for determination of sufficiency to support conviction, should one be obtained. Otherwise, there is no lawful notice, and charge must be dismissed for failure to state an offense. Without lawful notice, there is no personal jurisdiction and all proceedings prior to filing of a proper trial document in compliance with the seven elements is void. A lawful act is always legal but many legal acts by government are often unlawful. Most bureaucrats lack elementary knowledge and incentive to comply with the mandates of constitutional due process. They will make mistakes. Numbers beyond count have been convicted without benefit of governmental adherence to these seven elements. Today, informations are being filed and prosecuted by "accepted practice" rather than due process of law.