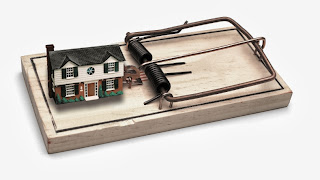 12505. (a) (1) For purposes of this division only and notwithstanding Section 516, residency shall be determined as a person’s state of domicile. "State of domicile" means the state where a person has his or her true, fixed, and permanent home and principal residence and to which he or she has manifested the intention of returning whenever he or she is absent.

Prima facie evidence of residency for driver’s licensing purposes includes, but is not limited to, the following:

(A) Address where registered to vote.

(B) Payment of resident tuition at a public institution of higher education.

(D) Other acts, occurrences, or events that indicate presence in the state is more than temporary or transient.

(2) California residency is required of a person in order to be issued a commercial driver’s license under this code.

(b) The presumption of residency in this state may be rebutted by satisfactory evidence that the licensee’s primary residence is in another state.

(c) Any person entitled to an exemption under Section 12502, 12503, or 12504 may operate a motor vehicle in this state for not to exceed 10 days from the date he or she establishes residence in this state, except that he or she shall obtain a license from the department upon becoming a resident before being employed for compensation by another for the purpose of driving a motor vehicle on the highways.

(d) If the State of California is decertified by the federal government and prohibited from issuing an initial, renewal, or upgraded commercial driver’s license pursuant to Section 384.405 of Title 49 of the Code of Federal Regulations, the following applies:

(1) An existing commercial driver’s license issued pursuant to this code prior to the date that the state is notified of its decertification shall remain valid until its expiration date.

(e) Subject to Section 12504, a person over the age of 16 years who is a resident of a foreign jurisdiction other than a state, territory, or possession of the United States, the District of Columbia, the Commonwealth of Puerto Rico, or Canada, having a valid driver’s license issued to him or her by any other foreign jurisdiction having licensing standards deemed by the Department of Motor Vehicles equivalent to those of this state, may operate a motor vehicle in this state without obtaining a license from the department, except that he or she shall obtain a license before being employed for compensation by another for the purpose of driving a motor vehicle on the highways.

(f) Any person from a foreign country, except a territory or possession of the United States, the Commonwealth of Puerto Rico, or Canada, shall obtain a class A or a class B license from the department before operating on the highways a motor vehicle for which a class A or class B license is required, as described in Section 12804.9. The medical examination form required for issuance of a class A or class B driver’s license shall be completed by a health care professional, as defined in paragraph (2) of subdivision (a) of Section 12804.9, who is licensed, certified, or registered to perform physical examinations in the United States of America. This subdivision does not apply to (1) drivers of schoolbuses operated in California on a trip for educational purposes or (2) drivers of vehicles used to provide the services of a local public agency.

(g) This section does not authorize the employment of a person in violation of Section 12515.

(h) This section shall become operative on September 20, 2005