God given right? Do we really need to invoke a creator to claim our own sovereignty vs another equals false claim over you? Do we not have the same rights as any other living man? Why would one even need to invent a third party, that one has no proof of, to qualify for the same rights as any other man? For that matter, why would anyone need to invoke the permission of a public servant to get married, earn a living threw production and use of one's own abilities, or the ability to move from point A to point B? Are these not rights? Are they somehow lesser rights than your right to vacuum your carpet when it starts to get dirty? If not, then why are you not required to beg for permission from your overlords to vacuum your carpet on a weekly basis as well?

Why does ANYONE ask people who are no smarter or deserving of rights than yourselves for permission to exercise a right? WHO DIED AND LEFT THEM GODS? Quick answer is, YOU DID BY YOUR OWN CONSENT! Knock it off! QUIT DOING IT! Learn what consent means! STOP IT! Learn what rights are! QUIT ACTING THE PART OF THE SLAVE! The basic concepts of law are as easy as buying sliced bread. YOU HAVE NO EXCUSE! Just do it! INVESTIGATE! Learn some history! THINK OUTSIDE THE BOX OF YOUR SERVITUDE! You can do it if I can do it! IT'S NOT ROCKET SCIENCE! Any first grader can tell you about it, but they would probably not understand your stupid question. 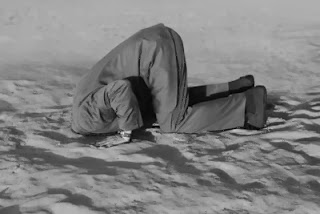 Yeah, despite this post, I do still respect the God given rights argument in law. That flows into my own spirituality and understanding of the universe, and I'm not going to write a book on that here and now on this subject in this post. The point of this post is not to degrade anyone's beliefs, but rather to just show that one need not include a God or religion into their Claim Of Right among other men who are equal in those rights from birth to death. If anything, most religions support this claim right off the bat!

If you are a subject, or are subjugated, then at least in the free world, it's a matter of choice. If you continue consenting to be subjects, to be subjugated, then it IS your own fault! Quit complaining if your not willing to learn what it is to be free and sovereign over your own affairs. It's not rocket science. It's all there in black & white. It's not even hidden. It's all plain as day in your face! It's simplicity is blinding you! The darkness is all the legality the swindlers and thieves hide behind while they rob steal and murder under color of law. Natural Law is easy. It's the statutes and acts enforced by consent that are almost impossible for the average man to understand and learn. IGNORANCE OF THE LAW IS NO EXCUSE! What if I told you that real law is probably less than 1/100th of 1% that of acts, statutes, and other rules that are nothing more than color of law, even if you consent to it ignorantly? 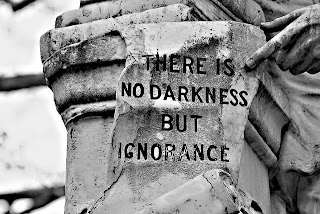 Posted by Chris/Blue Collar Moto at 2:50 AM