WOW! This mural belongs at Denver Airport with the rest of the story! 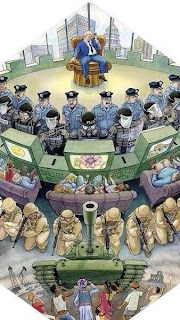 I would guess that to most people this picture would only represent commentary as to the way things are. I would also guess the man who made it would of had no other intentions than that in creating it as well.

I'm seeing something else. A larger picture. This really fits between the lines of some murals I've studied at the Denver Airport.

The story the Denver murals tells is the end of life as we know it and the coming of a one world government. A New World Order as so many have called it including some Ex US presidents.

Here are the Denver Murals. 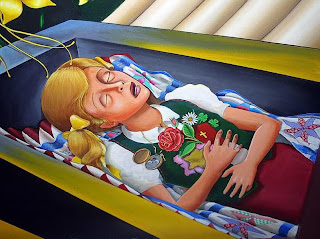 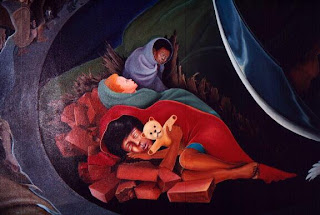 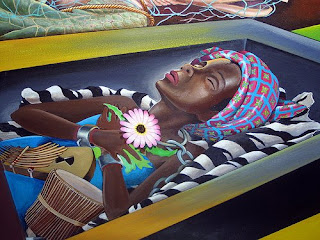 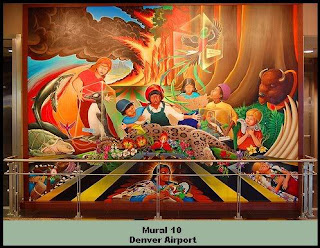 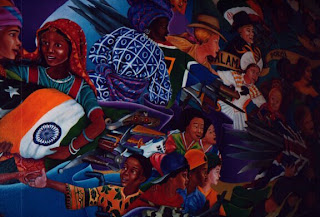 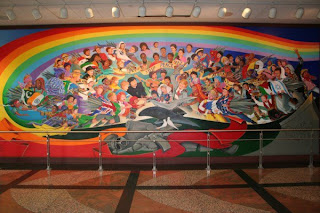 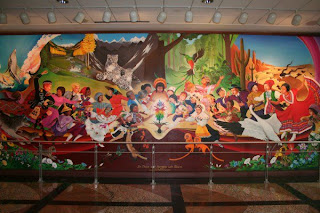 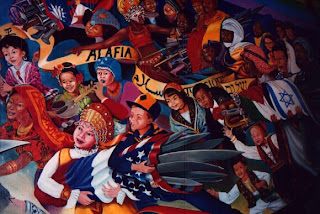 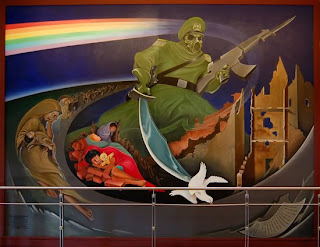 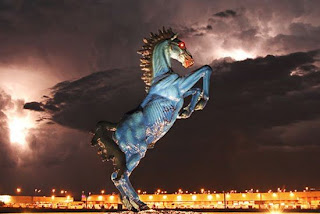 Without a doubt some twisted and sick fuckers responsible for these murals.

So the bad guys, they cause all this war, famine, and financial ruin. Their cops (the standing army we were warned about) cause turmoil and go about their business as pirates. Then the war breaks out and the bad guys playing the part of the good guys ride in on their golden chariots and establish peace. The people are so relieved that they throw away all their national symbols and weapons in exchange for security, and live happily ever after in some totalitarian kum bay ya hell hole. Sounding familiar yet? Well, here, I'll let one of them tell you about it.

"Today, America would be outraged if U.N. troops entered Los Angeles to restore order [referring to the 1991 LA Riot]. Tomorrow they will be grateful! This is especially true if they were told that there were an outside threat from beyond, whether real or promulgated, that threatened our very existence. It is then that all peoples of the world will plead to deliver them from this evil. The one thing every man fears is the unknown. When presented with this scenario, individual rights will be willingly relinquished for the guarantee of their well-being granted to them by the World Government."Dr. Henry Kissinge

See what I'm talking about?

So, where the first pic fits in is the mechanism for these events taking place. The US is being set up as the fall guy. By it's own leaders no less! These war mongering gun grabbing treasonous thieving child molesting, sons of bitches are setting the stage. That's where the first picture fits in with the murals at the Denver Airport.

Posted by Chris/Blue Collar Moto at 12:59 AM