"It is universally admitted that a well-instructed people alone can be permanently free.” 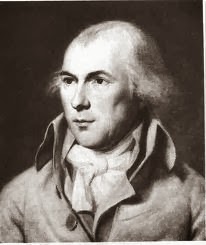 “Although all men are born free, slavery has been the general lot of the human race. Ignorant–they have been cheated; asleep–they have been surprised; divided–the yoke has been forced upon them. But what is the lesson?…the people ought to be enlightened, to be awakened, to be united, that after establishing a government they should watch over it…. It is universally admitted that a well-instructed people alone can be permanently free.”
– James Madison


James Madison, Jr. (March 16, 1751 (O.S. March 5)  – June 28, 1836) was an American statesman, political theorist and the fourth President of the United States (1809–1817). He is hailed as the "Father of the Constitution" for being instrumental in the drafting of the United States Constitution and as the key champion and author of the United States Bill of Rights.[2] He served as a politician much of his adult life.
After the constitution had been drafted, Madison became one of the leaders in the movement to ratify it. His collaboration with Alexander Hamilton and John Jay produced the Federalist Papers (1788). Circulated only in New York at the time, they would later be considered among the most important polemics in support of the Constitution. He was also a delegate to the Virginia constitutional ratifying convention, and was instrumental to the successful ratification effort in Virginia. Like most of his contemporaries, Madison changed his political views during his life. During the drafting and ratification of the constitution, he favored a strong national government, though later he grew to favor stronger state governments, before settling between the two extremes late in his life.
Posted by Chris/Blue Collar Moto at 8:46 AM