Cops think they know what the law is...

A wrong independent of contract. International Ocean Tel. Co. v Saunders,
32 Fla 434, 14 So 148. A breach of duty which the law, as distinguished from a
mere contract, has imposed. Western Union Tel. Co. v Taylor, 84 Ga 408, 11 SE 396.
An injury or wrong committed, either with or without force, to the person or property
of another. Such injury may arise by the nonfeasance, by the malfeasance, or by the
misfeasance of the wrongdoer. Gindele v Corrigan, 129 111 582, 22 NE 516.

In a general way, a tort is distinguished from a breach of contract in that the latter arises
under an agreement of the parties, whereas the tort, ordinarily, is a violation of a duty
fixed by law, independent of contract or the will of the parties, although it may sometimes
have relation to obligations growing out of, or coincident with a contract, and frequently
the same facts will sustain either class of action. Busch v Interborough Rapid Transit Co.
187 NY 388, 80 NE 197 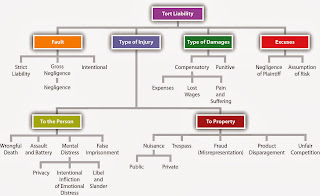 
Crime:
A crime is an act committed or omitted, in violation of a public law, either forbidding or
commanding it; a breach or violation of some public right or duty due to a whole
community, considered as a community In its social aggregate capacity, as distinguished
from a civil injury. Wilkins v. U. S 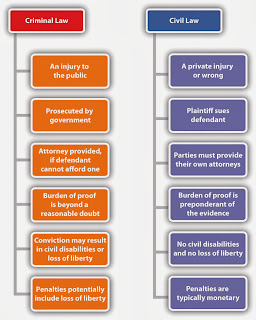 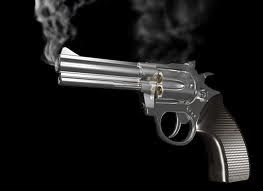