My Understanding On The Meaning Of Words

"How's the dictionary getting on?" Winston asked his comrade Syme, who worked with him in the Research Department. "We're getting the language into its final shape," Syme answered. "By the year 2050 at the very latest not a single human being will be alive who could understand the conversation we are having now." 1984, George Orwell. 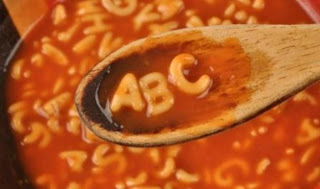 From time to time you hear the term legalese. Usually it pertains to the meaning of words used in court. And then the statement goes on about how "they" changed the meaning of the word so that the general public can not understand what's going on, in order to get them to cop to something unknowingly.

The question is, have they changed the words meanings or has everyone else? It's my opinion that the definitions in law dictionary's have remained pretty consistent through time, while people have gotten lazy in their use and interpretation. I'm guilty of it myself. I'm learning though. I think that if any meanings have been purposefully changed, it had been in the non legal dictionary's to reflect their contemporary usage and not the other way around.

Learning the proper definitions of the written words is [IMOP] a part of our responsibility, and a prerequisite to our coming of age. Our age of consent, so as to not be treated as children by the nanny state. How can we consider ourselves as anything other than incompetent or children that are wards of the state if we can't even understand the meaning of the written word? Context is everything in law.

The powers that be get their power threw ignorance and consent. Nothing more.